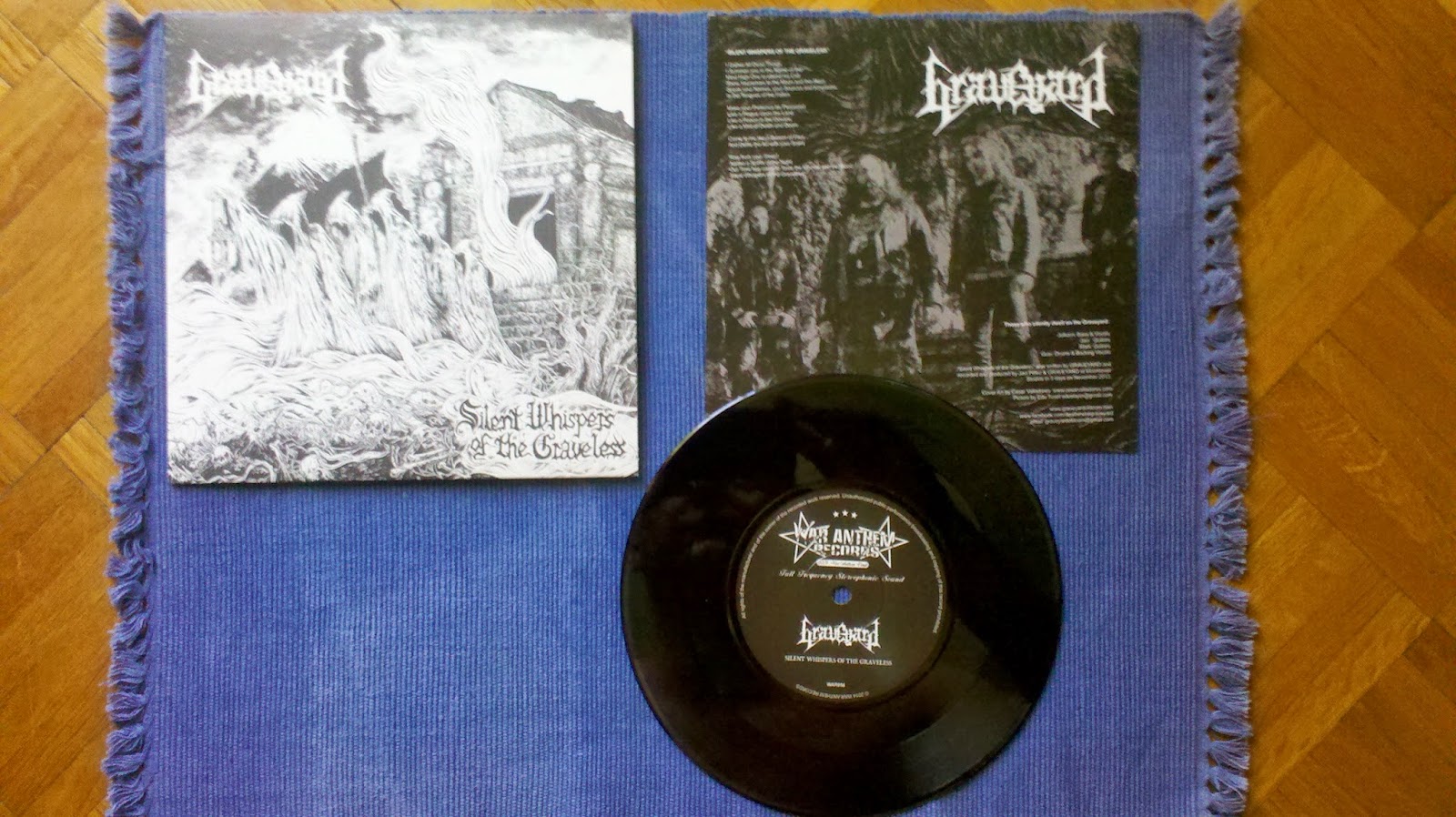 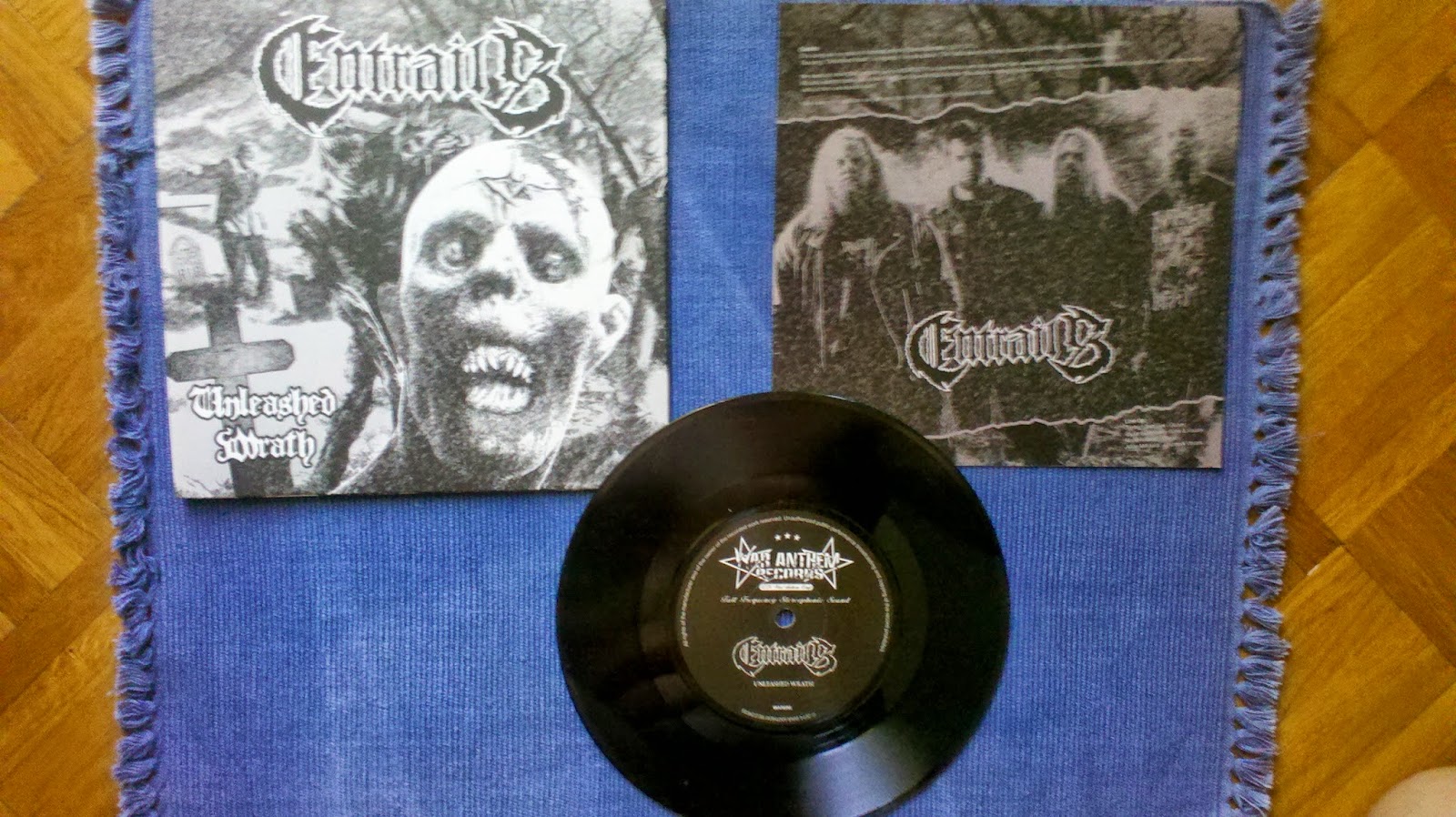 Believe me, there is one fundamental thing I cannot understand. Why the hell Entrails didn’t record any new song for this split? Just like the Spaniards did? The song they recorded is a live version of “Unleashed Wrath” coming from their second album “The Tomb Awaits”. But do not get me wrong, I like it, this is the Swedish death metal played the old way without any mercy, with beautiful slow down (yes, Entombed from the debut…). It sounds great, it has a real power to annihilate the living, but it should be an addition to a new song only. I don’t demand anything else listening to such a release. The Graveyard side is different (however the tracks were accidentally switched on the original War Anthem version). In other words, “Silent Whispers of the Graveless” is the next piece of ancient metal, just in the vein of their fascinating “The Sea Grave” album. The Moontower production is more messy and filthy a bit this time as compared to the second album, however everything is audible without any problems. Especially when the band slows down, the power of rhythm section really overwhelms me. And yes, I have a soft spot in my heart to the things Graveyard did record. And this almost nine minute song isn’t an exception. After two long plays and several splits, the next killing show goes on. I tell you, these hard-working Spaniards did it again. I got devastating piece of metal. But the opening brings some calm moments, I could even write about some climatic tunes, however reflective whiles are suddenly broken by eruption of relentless energy and Julkarn screams. And these guitar sounds making me to be a part of time machine. Exactly, I float into well known dimensions…

Yes, this song shows the way it was meant to be played. The band still uses the paralyzing slowing downs, almost doomish moments, but the unexpected cannonades of bursting fury are present too. And the only thing to disappoint me is the ending solo that is silenced here. Could you tell me why? All right, these eight minutes and forty five seconds are just another while invoking Swedish death metal spirit. With such an influence, with own passion, talent and dedication, Graveyard became a really special band in my collection…

While summing this review up, there is a need to mention about the great front cover from both crews. Although I prefer the Graveyard picture maintained in the vein of the two previous albums, I like Entrails part too, as it reminds me of old horror zombie sagas. So, for sure the Spanish part is simply great and I very often take a listen to this crushing monolith. With any Lovecraft tale, it makes a complete thing.
80/100
-Tlacaxipehualiztli
(written on August, 2014)
Posted by Pawel Przybyl at 10:43 PM No comments: 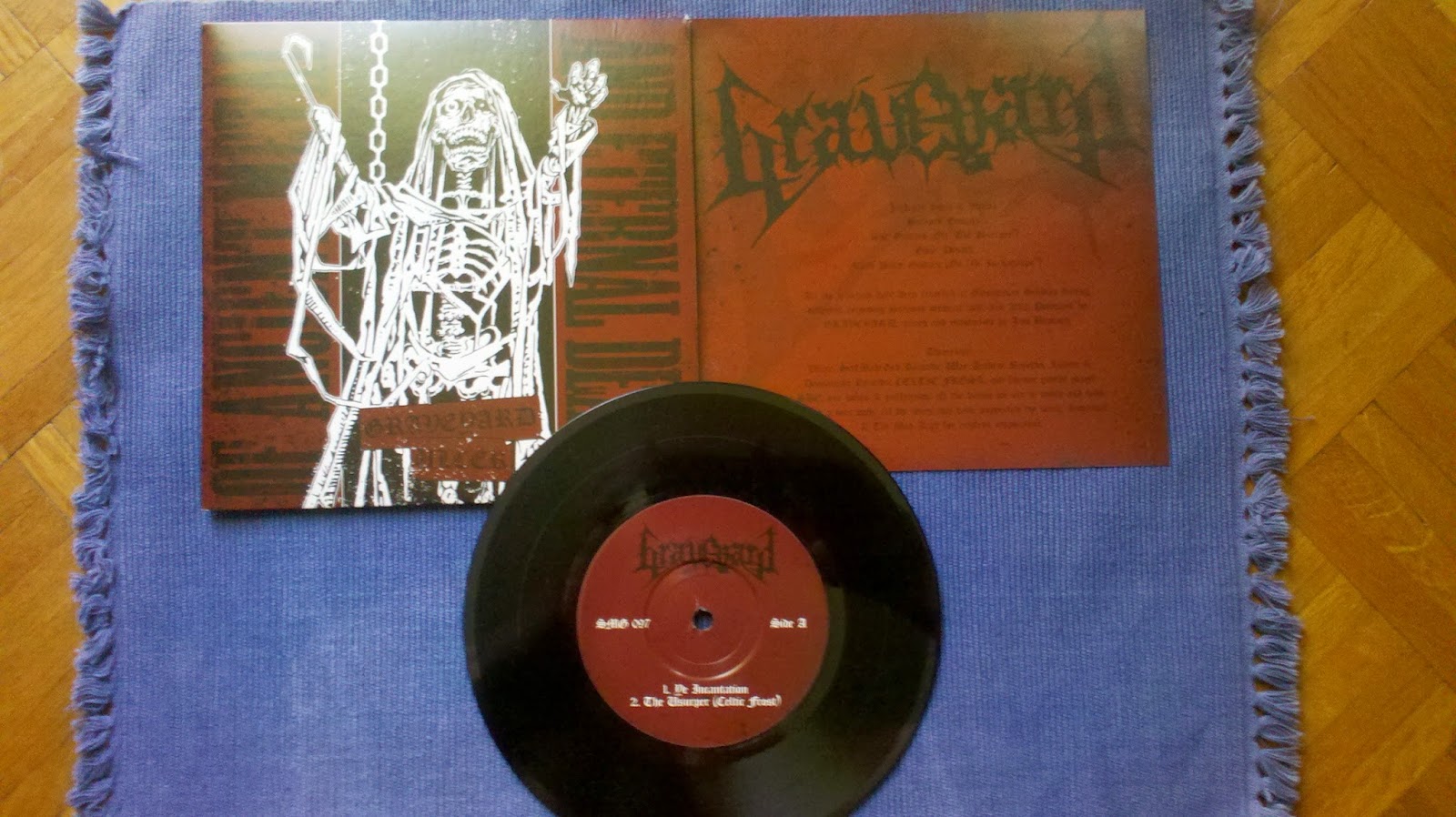 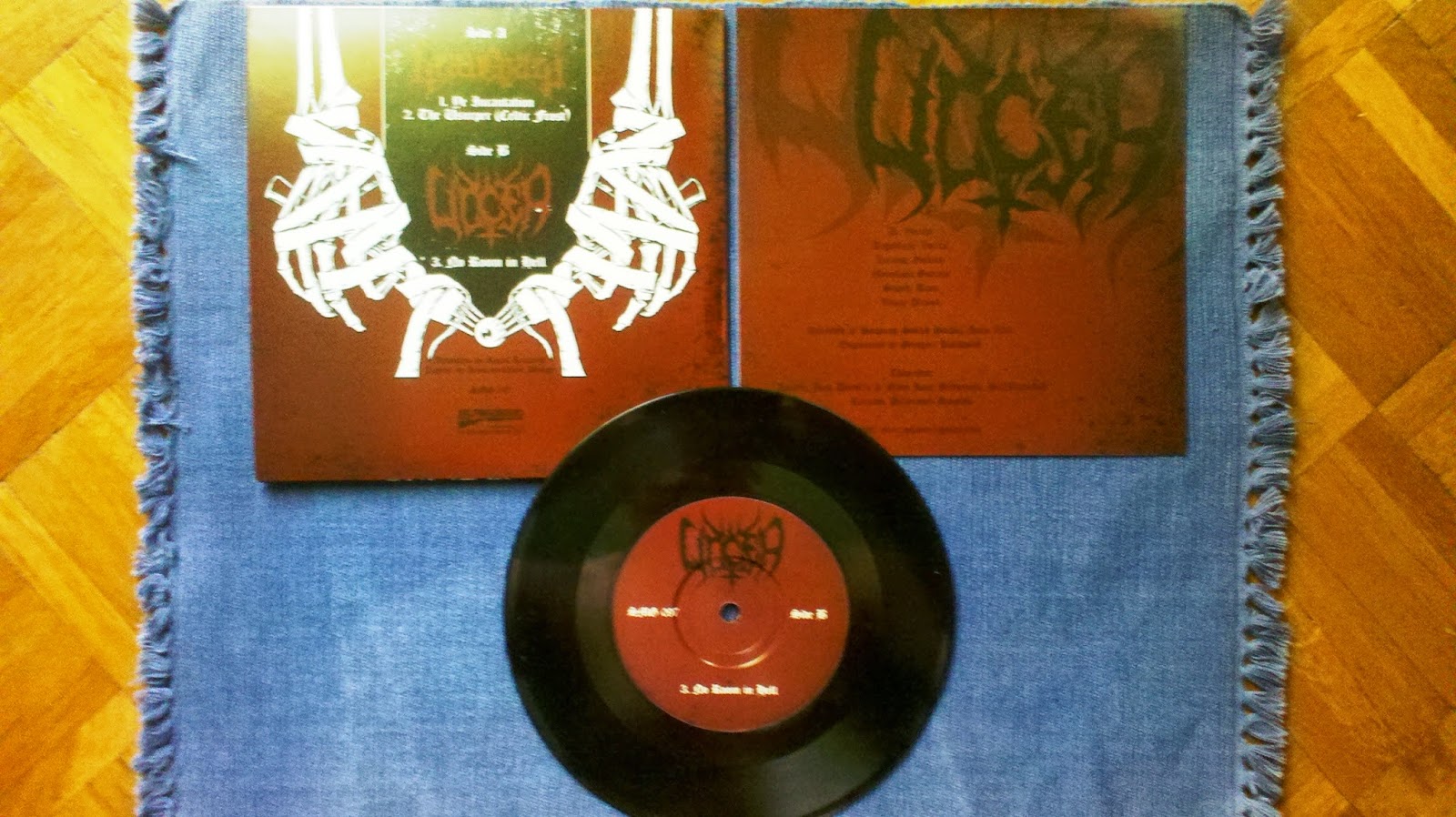 Only one listening to the „Of Ancient Metal and Eternal Death” 7” split is enough to state one thing: there is something strange with my room atmosphere… as it becomes really dense and fuggy. Of course, it’s not by accident. All is caused by these three songs included with this piece of black wax. Both bands, I guess, treated this material as a good preamble to the next full lengths. Spaniards delivered two tracks “Ye Incantations” and the Celtic Frost cover “The Usurper”. And what can I expected here? The main point is the Swedish scene is the key and Graveyard didn’t fall short of exceptions. Again, I could add… What is interesting, even the track from “To Mega Therion” album got a Swedish charm and perfectly refers to the opening incantation. All the elements, such well known from the past, are included here: characteristic guitar tones, bizarre melodic tunes, dark atmosphere and straight forward metal machine with rather mid-paced tempos. The Spaniards decided to press the senses down and they succeed. The overall impression is intensified by extremely deep Julkarn exhaling vo-kills. In addition, a Swiss classic, being enriched by the touch of Graveyardish talent, became another track from Spanish songs list. A really good, even if I’m not a huge fan of Celtic Frost…

In turn, the Poles attacks with one track only, a faster one. This is my first meeting with Ulcer and the song fits the side A very well. Maybe I cannot find such obvious Swedish influences as compared to Graveyard, the whole old death metal scene stamped a sign on the ulcerish tunes. “No Room in Hell” is swamped in raw guitar sound, faster tempo doesn’t mean a blast, however it has a potential to kill with blunt nails. Destruction is served slowly, to cause a pain, and with this overflowing density. But Poles brings some nice (?) guitar tunes in the second part: lead and the bashful melody on the background. Then, eleven minutes indicate that I have to put side A again…

Beyond all question Selfmadegod Records did a splendid work releasing this title. Good and in-place Rafal Kruszyk cover art makes a finishing touch. Is it possible to get it now? I seriously doubt.

I am a lucky guy.