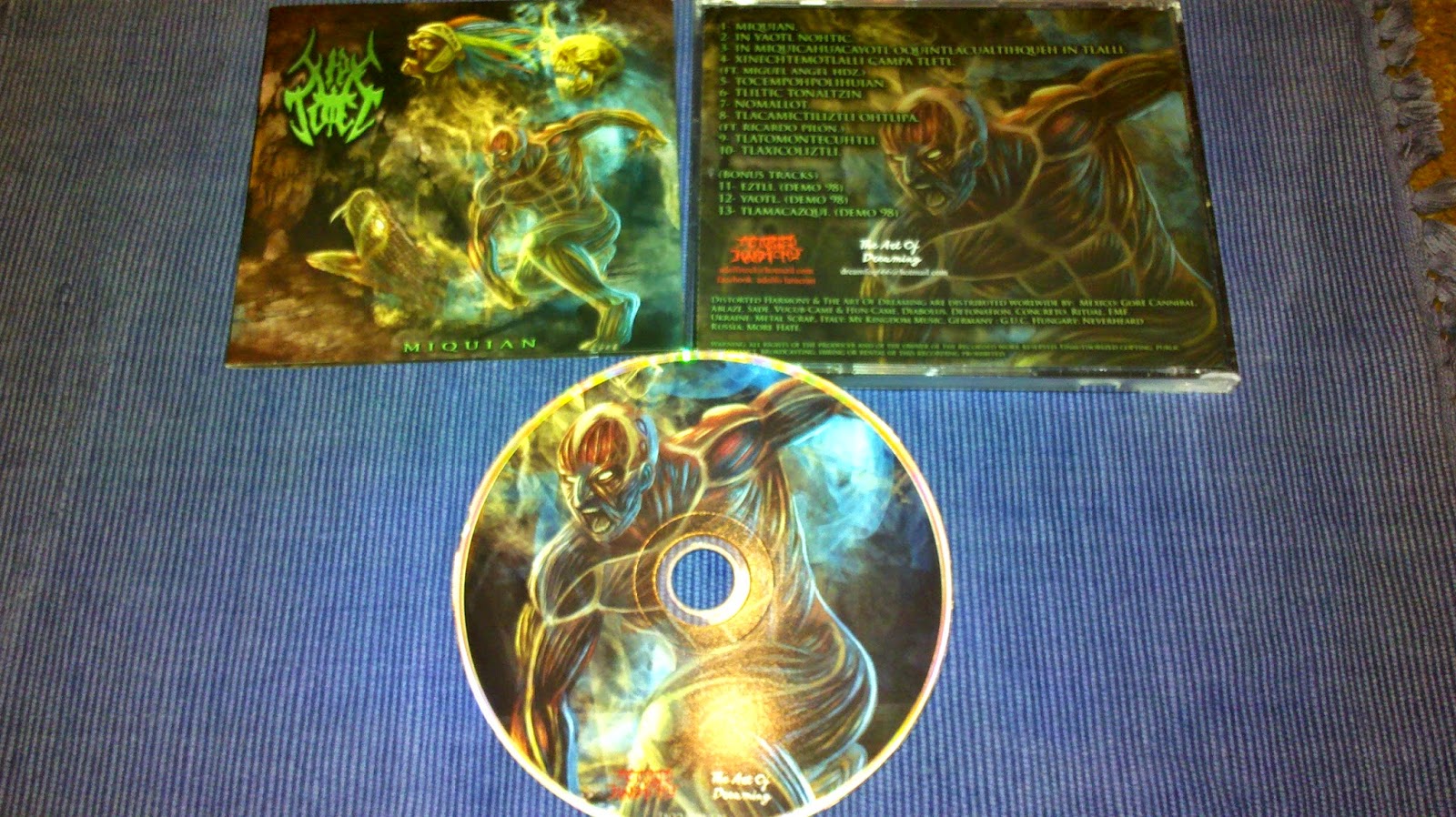 Thou Art Lord, Our Lord the Flayed One!


„Miquian” didn’t surprise me. Again I had to confront death metal sounds attired with pre-Hispanic instruments. And again I had to listen to Nahuatl Alex screams. In two simple words: nothing new… But! For me this is just a great message. Good that production is far better than “In Moyocoyani” sounds with drums realization that left much to be desired, to be more precise. Now it is still clear but instruments all sounds simply great. What about the music itself? Ha, again nothing new from me, because “Miquian” provided me absolutely great music and vocal ravage once again. And there’s nothing to do but to praise the band and let them skin my senses. For sure all Miquian sounds are closer to the previous album than to “Eztlacuani”, however the newest piece seems to be faster offer, and the raging speed reigns here through the structures, yet some slow-downs are present as well (the opening part of “Xinechtemotlalli Campa Tletl” or oldschool-like excellent beginning of “Tlatomontecuhtli”). Generally slower moments are played to prepare the senses for the frontal attack, mainly there are filled with aforementioned pre-Hispanic instruments like different kinds of flutes, rattles, drums or huehuetl. Martin, the main and only composer, doesn’t treat it as a cool addition to the proper music, these indigenous instruments are integral part of the music. They aren’t any piece of gossip or exotic oddity, they are simply great unit of what I have been praising since the “Eztlacuani” times. What is more, Martin himself plays all the stuff and there are no fake sounds or samples from computer! The whole definitely has another better authentic dimension to get a proper insight into the bygone glorious and bloody past of the Mexicas. No matter if it comes from the proper songs or from the introductions…

As the rest of instrumentarium hit the stage, the guitar layers should be summoned immediately. But I won’t discover any new lands, any new territories. Namely, Martin’s guitar performance, since “Eztlacuani” to be more accurate, is just splendid. His phenomenal parts make the choice of the best track harder, if not impossible: Martin composed nine equal killers. Both riffs and leads turn the music into something devastating when it takes the form of unimaginable fury striking the mind, not only if the murderous tempo is concerned (take a listen to the opening of “In Yaotl Nohtic”…), but also while Xipe Totec shows a slower side in “Tliltic Tonaltzin” with… beautiful yet really surprising long guitar lead. For sure, the whole is based on extremely furious riffs and frenzied rhythm section, yet the first track has been decorated with blackish-like slow-down that reminds me a bit of Dissection. Some broken rhythms are present in “In Yaotl Nohtic” and „ Tlatomontecuhtli” as well. The right using of folk instruments are the next component I don’t even think about any boring moments.

Vocals of Alex are his best work so far. He didn’t provide any one-dimensional murmurs and feeble moans. No, his throat spits the venom all the time, mainly deep gutturals and insane growls. And what is more I cannot imagine this band without Alex. The band itself confirmed my opinion about that inviting Miguel Angel from Remains to do lead vocals on “Xinechtemotlalli Campa Tletl”. He has completely different kind of deathly voice, yet he sings in one way, a bit similar to the early F. Mullen. And as long as Angel perfectly fits to his killing band, here is simply weaker than Alex’s great power. I know, the musicians try to do some new tricks and the second guest person on the board is Manuel Ricardo Pilón, professor of ethnomusicology “Tlacamictiliztli Ohtlipa” which is in fact an introduction with pre-Hispanic stuff that perfectly fits to the Xipe Totec catalogue. To put it briefly, he created the most sensitive song in the Xipe Totec history, of course not counting intro and outro from the debut.

The separate thing striking from the last part of “Miquian” are three tracks that complete the whole. They’re not any throw-out from “Prehispanic Beg”, there are just songs recorded back then and now put on cd by Martin. And they’re brilliant! In the vein of Cannibal Corpse best effort “Tomb of the Mutilated” or “The Bleeding” albums and some first Suffocation classics with marked and precise touch of Xipe Totec ripping death metal might. Smashing and broken tempos, Mictlan-like gutturals, as sharp as a razor guitar tones and bone breaking bass… the same enthusiastic feelings as before with the first listens to the band. And if I mentioned US influences, the opening tunes of “Yaotl” are pure old school Sweden worship. Desultory, Gorement, yes, crews like that, believe me. With “Eztli” and “Tlacamacazqui”, it is a perfect supplement to the history of Xipe Totec, to the memorable times of the debut. And if in most of cases bonus tracks are rather a factor that lows the final mark, here, also comparing to the ending awful Sepultura cover from the predecessor, I can only listen to those crushers delightedly. Yes, I’m not wrong, I can feel the breath of mightful Huitzilopochtli who prepossessed Martin to raise these songs from the dead. There’s no other way!

Summing the things up, the Mexicans carried all before one. The music itself of this killing duo didn’t lose quality. And I’m just speechless while listening to this newest offer and admiring each piece of sound. But again, I am not surprised at all as “Miquian” didn’t change anything, however I cannot give the maximal rating this time (unlike “Eztlacuani” review) due to aforementioned “Xinechtemotlalli Campa Tletl” and its vocal lines. In addition I have to point out on track “Tlaxicoliztli” and its ending part that has been silenced during fine guitar lead unfortunately. And maybe I’m stickling now but I have to be sincere to the bone: Xipe Totec has been belonged to my beloved bands since the ages and I built an altar for them at my home many years ago, but it doesn’t mean I became a blind fanboy or what.

Miquian, a moment of death… 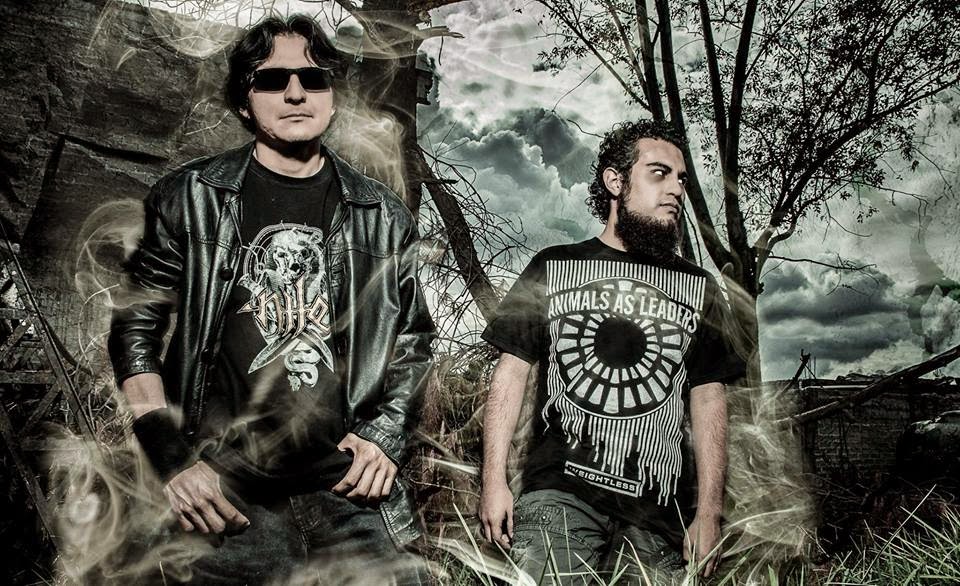 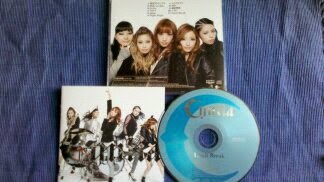 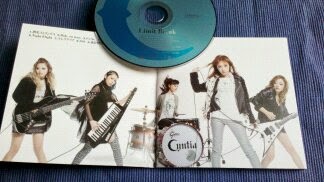 There’s something strange in my metal possessions. Strange yet definitely new. Being rather old school worshipper since the ages I decided (and do not try to ask me why…) to face some Japanese all-female power bands. At first Aldious from Osaka destroyed my senses, now I deal with Tokyo-based Cyntia. What is interesting, the first meeting with these girls was during “Run to the Future” video-clip and it wasn’t good. I mean, the keyboards and its melodic lines was the main factor I had disliked the song. Then I found out that Cyntia has a full rights member Ayano as a keyboardist since their start in 2011. But! She is not only a giver of filler sounds, no, she has a huge influence on what Cyntia looks and sounds like…

While reading several reviews on “Limit Breaks”, one important thing has been put between the lines: Cyntia has recorded the best album so far. Being armed in such an argument, I started to listen to it, however the beginnings weren’t easy for me. For sure I didn’t find a song similar to aforementioned “Run to the Future”, yet Ayano didn’t convince me in “GeAr.” and “Night Flight”, but besides, she is a killer behind her weapon. This performance is like a second part of guitars that supports Yui in a really good way. One can wonder why I wrote something about keyboards at the start as metal band is on the table. Well, this instrument is like a red rag to a bull for me and I was almost always considering it as something useless and lowering the final mark. Fortunately during “Limit Break” Ayano is a proper addition to the whole called Cyntia. Anyway, musically I would name this band a safe power metal with clear hard rock influence (“SSS” reminds a bit of Europe from the eighties) and progressive touch in the closing title song. Luckily this isn’t indigestible chaff in the vein of DragonForce or Pathfinder. In spite of two ballads, Cyntia provides rather straight forward and fast tempos making the whole 56 minutes a thing that precisely entwines my senses. If the production is concerned, there’s nothing to be ashamed of: the sound is simply great, each instrument has its own place in a room…

…full of Saki’s charm! Yes, I like the way she does it. Not operatic, not whimpering, Saki uses the middle range and her timbre sounds really unhampered, although sometimes even girlish and very optimistic. She leads the words smoothly and with catchy moments all the time, for the phrase ‘never say never’ in the title song I could carry her in my arms until the last days of the world. This fragment cannot leave my mind, I hum it even on the job.

Riffs. Yui fights bravely with Ayano, bringing portions really good guitar works, melodies she provides don’t mean any sound softening or banal parts. The rhythm section isn’t worse element, especially Azu bass has its splendid moments (the opener, “カルマ “, “Limit Break”). First listens to this stuff brought two leaders amongst the rest: “Ride on Time” and “孤影悄然  “, now after many encounters with them,  it doesn’t seem to be simple and clear as it used to be. The most important is there’s no lame song, the ballads didn’t drive me in into hyperglycaemia. Generally speaking the album is just equal with astonishing ending lasting almost nine minutes.

Trying to cut the thing short, I have to admit that I discover something for me under this overcoat of cuteness and innocent youth. But it doesn’t mean any infantile feelings and the like. Yes, this is poles apart as compared to such known for me Japanese names like Intestine Baalism, Unholy Grave, Butcher ABC or Defiled. Is “Limit Break” (and some weeks earlier Aldious’ “Dazed and Delight”) a sign of mid-life crisis? Truly I don’t know, and put it mildly, I don’t care as long as Cyntia provides a good metal music. Forsooth, the Japanese taste really good with this offer, no dyspepsia is detected as well. That’s good. And writing these words, Cyntia unleashed another fifth (!) album in their very short career called “Woman” with complete different image (as always). Two new tracks “Kiss Kiss Kiss” and “勝利の花束を-gonna gonna be hot!-“ sound quite promising…

Posted by Pawel Przybyl at 9:04 AM No comments: